Nostalgy : full steam ahead with the 5519 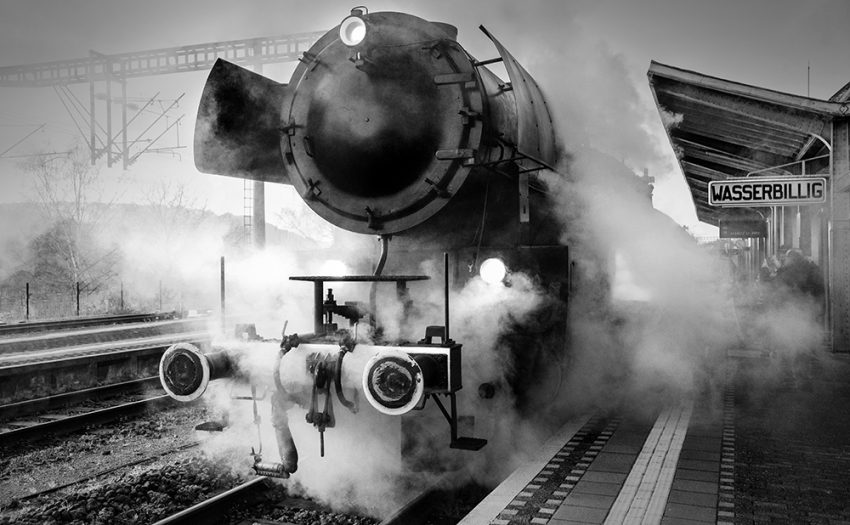 On 16 December 2017 the club 5519 invited railway enthusiasts and nostalgic friends on a journey into the past. On board the lovingly restored locomotive with the number 5519, the passengers went to the Saarbrücken Christmas market. An experience that, like anyone who has ever had the pleasure of traveling with such a vehicle, seeks his equal. In the middle of the otherwise busy main station, the sight of the steam locomotive seems almost surreal in the early morning. For a short time hours, minutes and second seem meaningless on platform 5. Large, bright smoke clouds reveal the enormous pressure, about 15 bar under normal circumstances, inside the kettle of the locomotive put into operation in 1949. 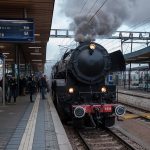 The steam engine is almost surreal in the middle of the otherwise heavily frequented Luxembourg central station. 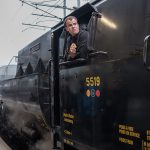 Inside the 5519 locomotive, anticipatory driving always requires a look outside the lateral window 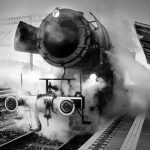 After a short stop in Wasserbillig, the journey is pursued, full steam ahead, to Saarbrücken. 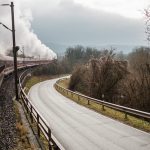 Accompanied by thick, bright clouds of smoke, we continue to Saarbrücken.

The preparations for such a special trip take place several hours before the actual departure. To conserve the kettle, it must be heated slowly so that the metal it is made of does not expand too quickly. The preparations for this procedure started at 10 o’clock the day before. With wood, a small fire is kindled inside the kettle and spread slowly until finally a surface of 4.5 square meters is covered with hot embers.

As you pass by the impressive steam engine, you can anticipate the amount of heat inside the kettle which causes the water to change its state of aggregation. Even in a good three meters distance and despite thick winter clothing and the thickness of the boiler’s material, the heat from the latter is still easily to be felt. A look at the temperature display inside the cabine of the locomotive reveals: The steam is far above 200 degrees Celsius hot. The fire is kept alive while driving with coal from the tender, the wagon directly located behind the locomotive. A sweaty affair, especially in midsummer, as the train driver can tell. At 30 degrees outside temperature, temperatures above 50 degrees in the cabin of the 5519 are not uncommon. Correspondingly, steam driven locomotive drivers do not have to visit the sauna during the hot season. As expected, on the 16th of December it is fresh and the emitted heat from the boiler is a pleasant side effect.

Shortly before departure, passengers are called to come aboard. The wagons are in top condition and pleasantly heated. They, too, draw the heat from the steam boiled in the kettle.

Under full load, the steam locomotive moves the first meters with the typical noise, which is otherwise only known from former Western movies. Rhythmically, the pistons in the two steam-filled cylinders give motion to the drive wheels of the locomotive over the drive rods.

After a short while, the cruising speed of 80 kilometers per hour is reached and the journey from Luxembourg to Saarbrücken takes place in a wonderfully nostalgic manner. During the entire trip, the members of the association 5519 serve drinks and take care of the well-being of the passengers in the various compartments. In the bistro, there are more committed helpers available answering the traveler’s questions with great attention. After just over 2.5 hours, Saarbrücken main station is reached. Even after getting off the train, the great memories and the privilege to claim to have travelled inside a steam-powered vehicle, remains.